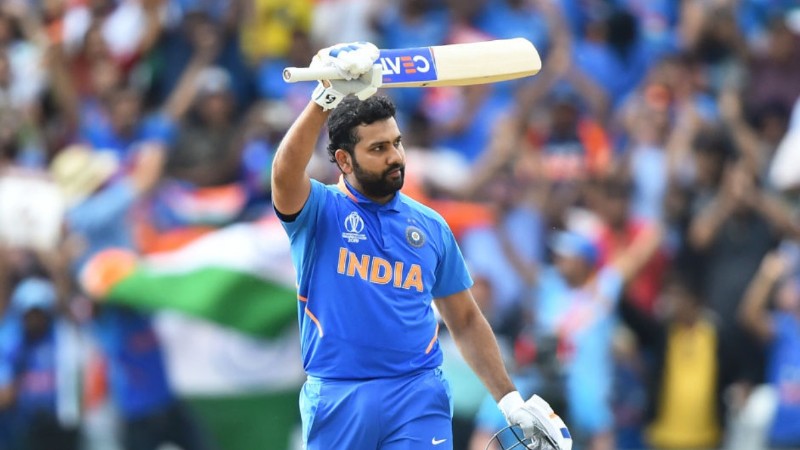 Virat Kohli as a captain has been relatively successful in his overall stint but the one thing that has been plaguing him has been his failure to win an ICC trophy. As a captain, his only trophy came while playing junior cricket when he won the Under 19 world cup in 2008. Indians thought that this is their successor as a captain is right there. As fate would have it, Kohli has failed to win the ICC tournaments he has been a part of and a major chunk of those ICC tournaments has seen the Indian team reach the knockout stages. So those interested in the Indian cricket prediction, have had a question on their mind. Is Virat the best person to lead India into the World T20?

In his captaincy tenure, Virat first took India to the Champions Trophy final in 2017 when they famously lost to the Pakistan team lead by Sarfaraz Ahmed. This was the first jolt which then prompted India to go in with a more fearless approach in the 2019 world cup. The world cup saw India lose the semi final game to the New Zealand team. This was a big jolt and broke a lot of Indian hearts. New Zealand were once again India’s Achilles heel when they met in the World Test Championship in 2021. Once more the Indian team were handed out a heavy defeat and the question marks became bigger on the captaincy of Virat Kohli in the knockout situations. The questions get deeper because of a very able captain being present in the team in the form of Rohit Sharma.

While Virat who has been leading IPL side Royal Challengers Bangalore has not delivered a trophy, his deputy Rohit Sharma has delivered 5 trophies for his IPL side Mumbai Indians. Lest we forget that Rohit was an accidental captain and then in the first season itself took his team from the very bottom to the trophy. Ever since, he has become the best captain in the IPL history. If we go by mathematical sense, every indication suggests that the captain should be Rohit.

The selectors on multiple occasions however have stated that IPL captaincy cannot be compared to the national captaincy but in whatever opportunity he has got, Rohit has won India a couple of trophies as a captain. The captaincy debate has been going on forever but it would be unfair to say that Virat is a bad captain. Under Virat, the team has won many bilateral series and there onwards has progressed to being a consistent team. Consistency has also been there as they have been reaching the finals and the knockout stages pretty consistently. Virat has also overseen RCB reach the finals on multiple occasions. This makes the selectors keep faith in Virat too.

Rohit however has expressed a few traits which have helped him be the better captain in the grudge games. He is calmer under pressure. We have also seen him back his squad even though there have been different opportunities to change. We saw him back Malinga even though he was not in his prime to bowl the final over in the 2019 final. Rohit has also overseen the change in his team and backed youngsters like Bumrah, Pandya, Ishan Kishan, Suryakumar Yadav and other players who have come up the ranks under him. He is a good mentor who often leads by example so while it is only speculative, it can be said that Rohit might be the key to cracking the ICC tournament code.

The best football marketer in the globe

Enjoy Your Passion For Cricket With IPL Fantasy League App

What’s the difference between women’s and men’s bikes?

Tips on Choosing a Mini-Golf Game