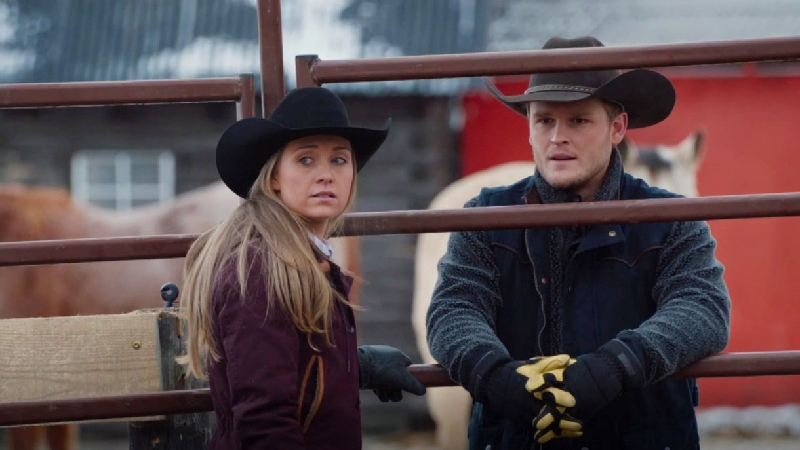 Heartland is a Canadian drama running for a significant length of time. The show was initially aired in 2007 and had a successful run until 2019. However, the drama series has aired again on January 10, 2021, with season 14 episodes until March 21, 2021. The Canadian drama series has a huge fan following with the North Americans. The show follows the lives of two sisters after they start living with their maternal grandfather, after the demise of their mother, on the Heartland ranch. The Heartland TV show is filmed in Canada.

This multi-generation saga has been based on a series of best-selling novels by the famous Lauren Brooke. The plot comprises the life issues faced by a ranch family in Alberta, Canada. The story involves two sisters who come to live with their maternal grandfather after the demise of their mother in an accident. Together, they face various challenges of running the ranch that has been in their family for generations.

The protagonist Amy Fleming has an unusual gift to heal troubled horses. This drama series has a warm and emotional tone, unlike the hard-hitting dramas that several broadcasters prefer making in the 21st century. It would not be wrong to suggest that Heartland has become a cult classic. It has recently broadcasted its 14th season. Rest assured that Heartland has become the longest-running one-hour series in Canada.

Some important information about Heartland

Let us delve into a few essential things that you should know about the series Heartland.

The Heartland series is filmed in Alberta, Canada. However, the series is shot in four different primary locations. The outdoor scenes in the drama series inclusive of the ranch and the barn are filmed on the cattle ranch in Millarville. The dude ranch is another set located near the Heartland ranch. The Hudson in the series is the High River along with giving a home to Maggie’s Diner.

The interior scenes of the drama series at the ranch or the veterinary clinic were filmed in a studio in Calgary. It would be inclusive of the interiors of the ranch house, the loft, the barn, and Scott’s clinic.

Presently, Heartland has been the longest one-hour drama series in Canadian television history. Since the series is filmed entirely in Canada, people from various parts of the region visit the ranch and the nearby locations. The ranch has become a tourist attraction in the Alberta region. Numerous tourists from various parts of Canada and the world visit Alberta to see the location where the series is filmed.

This epic family saga focuses on multiple characters. The story revolves around the struggles endured by a family and their union after a tragedy shatters them. After the release of the 14th season, the die-hard fans are desperately waiting for the 15th season.

5 Reasons why is Business Leadership Necessary in Business Growth

Guide about how to hire a magician for your Birthday Party?