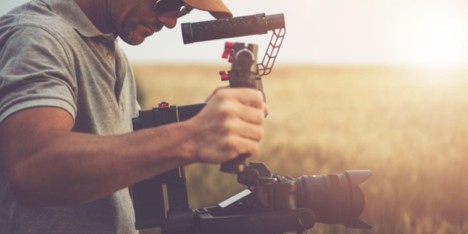 Nowadays, filmmaking has moved from cinema cameras towards smartphones, and content has become shorter and more concise. This has become especially evident in the documentary category. Many documentary-style projects, which are often longer than feature films and which examine complex subjects in great detail, have been associated with shorter videos. However, they can now be compressed online to make them more digestible.

It doesn’t matter if you like the trend or not, but it is an important realization for filmmakers to realize that creating content for social media audiences with shorter attention spans is the way of the future. Right after you find a film fixer to help you out with the production process, you must ask yourself this million-dollar question: How do you adapt?

Let’s now dive deeper into the world of documentary short-form filmmaking. These are five guidelines to help you keep your content informative and fast-paced.

1. Create an outline and keep strictly to it.

Let’s talk about the planning and pre-production stages. Although this might seem controversial in film circles, it is possible to create an outline and write your document. This will give you the structure you need to edit and shoot effectively. It will also force you into a narrative filmmaking role to make the story fit within the time constraints. You’ll get better results if you outline what you want to capture in advance, even though it is a documentary.

Once you have a clear outline in place, you can start to let your creativity flow and allow yourself to experiment with the filmmaking process. It is important to strike the right balance between keeping things on-topic and being creatively flexible.

2. Don’t delay the exposition, even though you might want to.

The documentary style has a long tradition of using exposition in its early sections. This is often a difficult and sometimes slow-delayed feature. This is great for slow-burn films but it can be detrimental for micro documentaries and short films.

Modern digital video has made it clear that the goal is to reach audiences with as much information and as hard as possible. To get your audience up-to-speed quickly and easily, you should use all of your filmmaking tools. You have a few options: voiceover, text-on-screen (preferably animated), and fast cutting which will provide audiences with lots of information in a brief time.

3. Adopt modern styles and effects, which can add aesthetic appeal.

Similar to the previous point, after you have gotten into the meat of your micro documentary, it is worth adding style and pizzazz. While animated text and images are a great place to start, adding motion graphics can make your video look more professional and watchable.

4. Your focus should be on making your film’s elements more dynamic.

All of your decisions should focus on speed and pace as well as increasing the stakes for your subject matter and your narrative. This may also apply to editing. You can make your filming more exciting and engaging by using camera movement, more dynamic light, and less static and steady cinematography.

You want to move quickly once you are done editing. I would recommend that you make an initial cut of any short-form video, whether it is a documentary or short film. You should then begin to reduce everything until it is at least three times smaller. You should eliminate as much filler and space as you can that does not add value to your story or increase speed.

5. Be guided by the ending all throughout the process.

As you wrap up your short-form documentary projects, remember that the most difficult part of any online video is getting your viewer to continue watching. You have a million reasons for people to abandon something. Keep your viewers’ attention to the end of your video as you direct them to it. This can be done by raising the stakes or presenting a mystery that must be solved. You can also do this by adhering to many of the above rules about keeping it informative, engaging and fast-paced.

Some Measures in Producing Leather Products